"A Golden Crown" is the sixth episode of the HBO medieval fantasy television series Game of Thrones, first aired on May 22, 2011. Runtime is 53 minutes. The teleplay was written by Jane Espenson, David Benioff and D. B. Weiss from a story by Benioff and Weiss, and directed by Daniel Minahan.[1]The episode's plot depicts the deterioration of the political balance of the Seven Kingdoms, with Eddard Stark having to deal with the Lannister aggressions while King Robert is away on a hunt. On the Eyrie the Imp is put on trial, and across the Narrow Sea Viserys Targaryen is determined to force Drogo to pay him his debts and get crowned as a king.In the words of reviewer Jace Lacob, the episode "revolves around changes both great and small, about the way the scales can fall from our eyes and we can see the truth that has been standing in front of us for so long. For Ned, it's a realization of just why Jon Arryn died, of the terrible secret he had gleaned from the book of royal lineages, and just what this could mean for the throne... and for the Seven Kingdoms of Westeros. For Dany, it's the brutal truth of her brother's real nature, of his insatiable thirst for power and the twisted quality of his rampant heart."[2]

Bran Stark (Isaac Hempstead-Wright) is awakened from one of his recurring dreams of a three-eyed crow with the pleasant surprise that the specially designed saddle that will allow him to ride has been finished. He goes to test it in the forest under the supervision of his brother Robb (Richard Madden) and Theon Greyjoy (Alfie Allen).

While Theon is trying to convince Robb to avenge his father for the Lannister's attack, a small group of wildlings that have ventured south capture Bran. Robb and Theon manage to kill all the men and capture the woman (Natalia Tena), but despite Theon's help, Robb chastises him for endangering Bran's life when he shot an arrow at the wildling that was holding Bran.

Tyrion Lannister (Peter Dinklage) is able to trick Lysa Arryn (Kate Dickie) into summoning a court to listen to his confession which reveals he had nothing to do with the attempt on Bran's life and Lysa's husband's death. After the Imp publicly demands a trial by combat and the mercenary Bronn (Jerome Flynn) volunteers to fight for him, she is forced to allow it. Bronn manages to defeat Lysa's champion by tiring the heavily armored knight, and Tyrion is allowed to walk free with Bronn as his escort much to the despair of the Tully sisters.

Ned awakes in his chambers with Robert and Cersei Lannister watching over him. Cersei accuses Ned of kidnapping her brother, Tyrion, and claims he was drunk and attacked Jaime first, but she is silenced by a slap from Robert. After she leaves, Robert tells Ned that he cannot rule the kingdoms if the Lannisters and Starks are at war and insists that Ned remain the Hand of the King, or else he will give the position to Jaime. He also informs Ned that he will be the acting King while he is on a hunting trip. Meanwhile, Arya Stark deals with her father's injury and losing Jory during her sword-dance lessons; Syrio tells her it's a perfect opportunity for her to learn to avoid distraction while fighting. In the Stark's common room, Sansa Stark and Septa Mordane are interrupted by Prince Joffrey Baratheon, who apologizes to Sansa for his earlier behavior and gives her a necklace.

While acting as King, Ned learns that Ser Gregor "The Mountain" Clegane was spotted leading brigands and attacking villages in the Riverlands. Realizing this is revenge for Tyrion's arrest, Ned orders Gregor's arrest, strips him of his lands and titles, and summons his Lord Tywin Lannister to answer for Gregor's actions. Fearing war with the Lannisters and for his daughters' lives, he orders Arya and Sansa to return to Winterfell for their safety. Sansa protests and mentions Joffrey's blond hair; Ned realizes something and re-reads the book of lineages of the Baratheon family. Doing so, he puts the pieces together: Joffrey does not have black hair like his father, his father's ancestors, and Robert's bastards whom he and Jon Arryn had been researching. Ned concludes Joffrey is not Robert's real son.

Across the Narrow Sea

Daenerys Targaryen takes one of the dragon eggs and places it on a glowing-hot brazier. She reaches in and picks the blisteringly hot egg up. Her handmaiden rushes in to take the hot egg from her hands, burning herself in the process. Daenerys' hands are unscathed.In Vaes Dothrak, Daenerys begins the ritual with the Khaleen by eating a raw heart of a stallion. After some struggle, she completes the task and stands up to proclaim her unborn son as the Khal who will unite the entire world under one banner, and she names him Rhaego. Viserys grows angry at his sister's popularity among the Dothraki, but Jorah Mormont urges patience. Viserys will have none of it, though, and sneaks away to Daenerys' tent to steal the dragon eggs to fund his army. However, Jorah confronts him and forces him to leave the eggs behind, and Viserys storms off after a tense exchange of barbed words between the two men.Later, at a feast for Daenerys and Khal Drogo, a drunken Viserys draws his sword on his sister, threatening that if the Khal does not give him an army to take back the Seven Kingdoms, he will take back Daenerys and cut out the child from her. Khal Drogo agrees to give him the "Golden Crown" that he wants. But to Viserys' horror, the "Golden Crown" is actually molten gold to be poured onto his head. Daenerys watches her brother's death without care and coldly replies: "He was no dragon. Fire cannot kill a dragon." 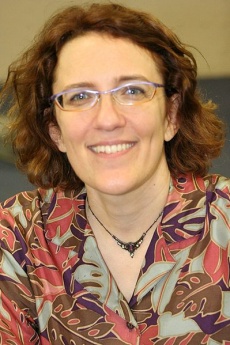 Jane Espenson received a co-credit on the teleplay of the episode.

The teleplay for "A Golden Crown" was written by Jane Espenson, David Benioff and D. B. Weiss from a story by Benioff and Weiss, based on A Game of Thrones by George R. R. Martin. The episode includes the book's chapters 37 to 40, 43 to 44, and 46 of the book (Bran V, Tyrion V, Eddard X, Catelyn VII, Eddard XI, Sansa III, and Daenerys V). Chapter 41 (Jon V), dealing with Jon Snow convincing Maester Aemon to allow Samwell join the Watch as a steward, was removed from the series,[3] and chapter 42 was moved to episode 8. Among the scenes created specifically for the show were another training session between Arya and Syrio, an attempt by Viserys to steal Daenerys Targaryen' eggs that is prevented by Ser Jorah Mormont, an apology from Joffrey Baratheon to Sansa Stark, and the Northern whore Ros leaving Winterfell.[4]

The episode introduces the recurring character of the wildling Osha. The writer of the original books, George R. R. Martin, admitted that this is the casting that is more different from the idea he had of the character. As he explains, he was surprised to see that actress Natalia Tena was being considered for the role since Osha had been conceived as a hard-bitten older woman and the actress was "too young and too hot". However, when he saw the audition tapes he was convinced with the new approach: "she was sensational, and I said, 'It's gotta be her.'"[5][6]

For the first time since the premier of the shows the ratings decreased in relation to the previous week's. The first airing brought 2.4 million viewers, compared to the 2.6 million gathered by the previous episode. With the second airing the differences were reduced, rising the total of the night to 3.2 million and only one hundred thousand viewers below last week's 3.3.[7]

"A Golden Crown" received many positive reviews from critics. Todd VanDerWerff from the A.V. Club gave it an A-,[8] and Maureen Ryan from AOL TV rated it with a 70 out of 100.[9] HitFix's Alan Sepinwall titled his review "The rules get upended in a terrific episode".[10] Both Elio Garcia from westeros.org and Jace Lacob from Televisionary considered it the best episode of the series so far.[2][4]The Dothraki scenes that culminate with the "crowning" of Viserys Targaryen were acclaimed by the critics. Writing for the Time Magazine James Poniewozik highlighted an acting of "touching self-recognition by Harry Lloyd, who did an outstanding job humanizing a villain",[11] and Maureen Ryan congratulated the actor for his "excellent job of showing the human side of this impetuous, cruel aristocrat" and "keeping Viserys just this side of sane in all his scenes.[12] The acting of Emilia Clarke, closing her arc initiated in the first episode from a frightened girl to an empowered woman was also praised. VanDerWerff commented on the difficulty to adapt such an evolution from page to screen, but concluded that "Clarke and Lloyd more than seal the deal here."[8]Another aspect of the show that was widely discussed among commentators was the moral dilemma presented in the episode between a pragmatic approach to ruling or remaining true to the ideals of justice and honor, exemplified in the scene where Eddard summons Tywin Lannister to the court to answer for the crimes of his bannerman Gregor Clegane. Poniewozik states that Eddard "doesn't seem to consider that he has options: he is left to rule in the king's place, an injustice has been committed, the law requires one path to justice and he chooses it. This makes his decision easy, but it may make his life, and others', difficult".[11] According to the Atlantic's Scott Meslow, "Ned's principles are, as always, admirable, and he's clearly interested in justice. But the sad truth is that the lack of guile that makes him honorable also makes him a pretty poor king. It's a terrible idea to order the arrest of the man who is single-handedly financing your kingdom." [13] Myles McNutt, writing for Cultural Learnings, agrees with him and concludes that "The only thing more dangerous than a reckless man asserting their power in Westeros is an honorable man doing the same, as it threatens the delicate framework which has propped up King Robert for so long."[14]

This page uses content from the English Wikipedia. The original content was at A Golden Crown. The list of authors can be seen in the page history of A Golden Crown. As with A Wiki of Ice and Fire, the content of Wikipedia is available under the Creative Commons Attribution-ShareAlike License.