From A Wiki of Ice and Fire
(Redirected from Bronn of the Blackwater)
Jump to: navigation, search 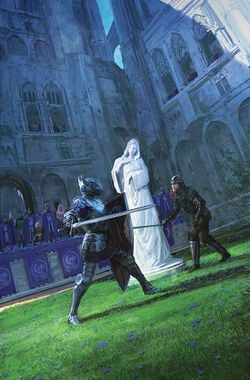 Bronn and Chiggen are sellswords present when Lady Catelyn Stark and Ser Rodrik Cassel arrive at the inn at the crossroads. When Catelyn calls for loyal men to help her arrest Tyrion Lannister for the attempted murder of her son, Bran Stark,[12] the sellswords heed her call and help escort Tyrion along the high road to the Vale of Arryn.[5] Tyrion notes that Bronn and Chiggen only came to Catelyn's aid because they are sellswords and are hoping for a reward.[10]

When the party comes under attack by clans of the Mountains of the Moon, Bronn cuts down several of the wildlings on horseback and then fights with two swords after being unhorsed.[5] He claims Jyck's fine boots after the Lannister guard dies.[5] Bronn becomes closer to Tyrion,[5] to Catelyn's unease.[13] When they are attacked again the next night, Chiggen is mortally wounded and Bronn discreetly finishes him off, claiming to Catelyn that Chiggen died from his wounds.[5]

During Tyrion's trial at the Eyrie, Bronn volunteers to champion him in trial by combat,[14] in expectation of Lannister gold.[10] Bron kills Ser Vardis Egen, the champion of Lady Lysa Arryn, thereby saving Tyrion's life while losing a tooth in the duel.[4]

While taking the high road back to the riverlands, Bronn enters into Tyrion's service as a hired sword and Tyrion reveals he was briefly married to Tysha.[10] They are approached by clansmen, but Tyrion enlists them to his cause.[10] 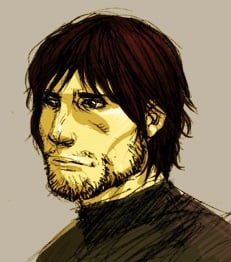 In King's Landing, Bronn recruits a force of sellswords, eventually near eight hundred,[16] to protect Tyrion Lannister, alongside the City Watch and Tyrion's clansmen.[17] A freshly-shaven Bronn becomes the captain of Tyrion's guards, wearing the crimson cloak of the Lannisters and the black breastplate of the City Watch.[6] Bronn scoffs at the wight hand brought to the capital by Ser Alliser Thorne, which has decomposed.[18]

Tyrion has Bronn find a thief, a poisoner, a mummer, and a murderer for his plot to free Jaime Lannister from captivity at Riverrun.[18] The scheme later fails, however, when the four are discovered by Ser Edmure Tully.[19]

Bronn pairs with a Dornish girl when Tyrion meets Shae at Chataya's brothel.[20] When King Joffrey I Baratheon has the Kingsguard beat Sansa Stark after the Battle of Oxcross, Tyrion has Bronn and Timett protect the humiliated girl.[21]

Bronn protects Tyrion during the riot of King's Landing, as well as afterward from an angry Ser Boros Blount. Tyrion assigns Bronn to protect the water wagons dealing with fires started by the rioters.[22]

Rather than the cheaper brothels he would previously have patronized, Ser Bronn is now able to visit Chataya's brothel on his own, sleeping with Alayaya and Marei.[26] He investigates the late Ser Mandon Moore, who attempted to kill Tyrion at the Blackwater,[27] and he attends the wedding of Tyrion and Sansa Stark.[28]

Tyrion has Bronn discreetly kill the singer Symon Silver Tongue after Symon tries to blackmail Tyrion, with Symon ending up in a bowl of brown in one of Flea Bottom's pot shops.[29] Bronn and Podrick Payne accompany Tyrion when he meets the retinue of Prince Oberyn Martell from Dorne.[30] 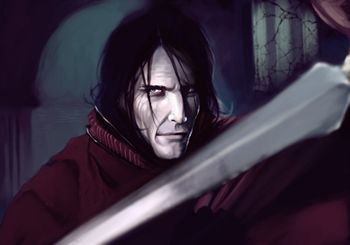 The elderly Tanda shatters her hip while riding.[35] Bronn takes four knights into his household at Castle Stokeworth, although Lollys's elder sister, Falyse Stokeworth, and her husband, Ser Balman Byrch, tell Cersei that they are upjumped sellswords. Cersei fears that Bronn is still in league with Tyrion, who vanished after the murder of Lord Tywin Lannister. Cersei suggests that Falyse and Balman have Bronn die in a hunting mishap.[35] 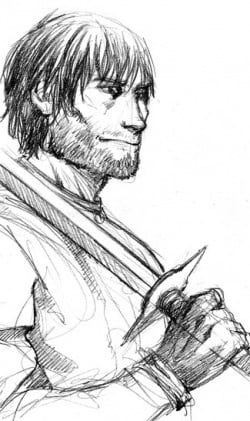 Tyrion: How do you know which ones to hire?


Bronn: I look them over. I question them, to learn where they've fought and how well they lie. And then I give them a chance to kill me, while I do the same for them.
Tyrion: Have you killed any?


Bronn: No one we could have used.[17]
—Tyrion Lannister and Bronn 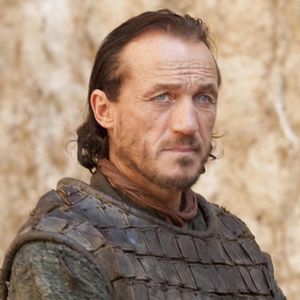 Jerome Flynn as Bronn in Game of Thrones

Tyrion: You will find, Lord Plumm, that I can be very generous to my friends. If you doubt me, ask Bronn. Ask Shagga, son of Dolf. Ask Timett, son of Timett.


Tybero: And who would they be?


Tyrion: Good men who pledged me their swords and prospered greatly by that service. Oh, very well, I lied about the 'good' part. They're bloodthirsty bastards, like you lot.[38]
—Tyrion Lannister and Tybero Istarion