From A Wiki of Ice and Fire
Jump to: navigation, search
"Little bird" is also Sandor Clegane's nickname for Sansa Stark. 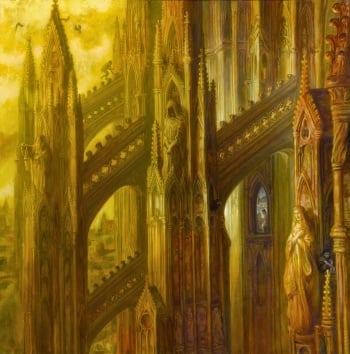 Little birds are what Varys calls his network of spies all over the Seven Kingdoms and perhaps beyond. The little birds supply Varys with much of his intelligence.

Varys started out as a thief in Myr, but after a rival thief informed on him, he fled to Pentos. There, Varys met Illyrio Mopatis, and together they formed a team. Varys spied on lesser thieves and stole from them, whilst Illyrio offered help to the victims of those thieves for a reward.[1]

After a while, Varys stopped spying and stealing himself and instead started to train his "mice". Varys preferred small orphan boys and young girls who were quick and quiet. He taught them to climb walls, to slip down chimneys, and to read.[1] When Varys explained to Illyrio how secrets were worth more than silver or sapphires, the mice started stealing letters, ledgers and charts. The mice were eventually taught to read the letters and leave them where they were.[1] King Aerys II Targaryen grew mistrustful of his heir, Prince Rhaegar Targaryen, his wife, Queen Rhaella Targaryen, and his Hand of the King, Lord Tywin Lannister. When word of Varys's talents reached the Red Keep, he was called from Pentos across the narrow sea to King's Landing to serve Aerys as the master of whisperers and spymaster.[1][2]

Although no longer living in the same city, Varys and Illyrio Mopatis continued to work together. The Pentoshi magister provides Varys with his new spies, called little birds in King's Landing. It is hinted that the children who become little birds have had their tongues cut out to prevent them from telling their secrets to others.[3] The birds are provided to Varys in those conditions.[4] Varys's spies are able to navigate secret passages in the Red Keep.[5][6]

The birds warn Lord Varys about the sudden arrival of Catelyn Stark in King's Landing.[8]

Lord Petyr Baelish warns Lord Eddard Stark that Varys's birds are watching him. One is a young boy squatting by the steps of the armory door, honing a sword with an oilstone.[9]

Arya Stark overhears Varys telling Illyrio Mopatis in the dungeons of the Red Keep that he needs new birds, though she does not know who is speaking or understand their conversation.[3]

Varys is warned by his birds about Shae, the whore Tyrion Lannister had tried to sneak into King's Landing, since his father, Lord Tywin Lannister, had forbidden Tyrion to take the girl to court with him.[10]

After Varys speaks about the Conclave, Tyrion concludes that the spymaster has little birds at the Citadel in Oldtown.[11]

While questioning Sansa Stark about King Joffrey I Baratheon, Lady Olenna Tyrell demands her fool, Butterbumps, to sing as loud as he possibly can, to prevent others, including Varys's birds, from hearing anything that is being said.[12] This is successful, as the one to tell Tywin about the secret plan to marry Sansa to Willas Tyrell is Petyr (informed by his spy Dontos Hollard),[13] not Varys.[14]

Petyr reveals to Sansa that he had Dontos meet her in the Red Keep's godswood because it is the only place in the castle that cannot be spied upon by Varys's little birds.[15]

Queen Regent Cersei Lannister, fearing that her brother Tyrion is hiding inside the hidden passages of the Red Keep after his murder of Tywin, does not realize the people she hears are actually Varys's birds behind the walls.[16]

Varys sends one of his birds to fetch the new regent, Ser Kevan Lannister, and bring him to the chambers of Grand Maester Pycelle, whom he has already murdered. Varys mortally wounds Kevan, tells him of Aegon Targaryen, and has several of his little birds end Kevan's suffering with their daggers.[17]

Nothing happens in this city without Varys knowing. Oftimes he knows about it before it happens. He has informants everywhere. His little birds, he calls them.[8]

It is one thing to deceive a king, and quite another to hide from the cricket in the rushes and the little bird in the chimney.[18]

In the Red Keep a man did best to hold his tongue. There were rats in the walls, and little birds who talked too much, and spiders.[19]

It had to be the godswood. No other place in the Red Keep is safe from the eunuch's little birds... or little rats, as I call them. There are trees in the godswood instead of walls. Sky above instead of ceiling. Roots and dirt and rock in place of floor. The rats have no place to scurry. Rats need to hide, lest men skewer them with swords.[15]

At night Cersei sometimes heard soft sounds, even in her own apartments. Mice in the walls, she would tell herself, no more than that.[16]

They were all around him, half a dozen of them, white-faced children with dark eyes, boys and girls together. And in their hands, the daggers.[17]